How Oxygen Therapy Makes The Difference

How Oxygen Therapy Makes The Difference

Oxygen therapy or supplemental oxygen assists with a variety of conditions to help improve your quality of life with a multitude of health benefits. It’s often avoided due to a few misconceptions. For example, some feel as if oxygen therapy may be cumbersome when in reality, there are lightweight portable options for home care.

Cardiovascular Disease – Or heart disease is an umbrella term for a variety of heart conditions such as heart attack, stroke, blocked blood vessels, narrowed blood vessels, and more. Oxygen therapy helps by supplying the body with the oxygen it needs to properly function and improve blood flow. It also protects the heart from conditions caused by low oxygen levels while helping people feel less fatigued and while preventing breathlessness.

Congestive Heart Failure – Congestive heart failure occurs when your heart isn’t pumping blood as well as it should. As the heart muscles weaken, it becomes more difficult to pump blood through the body, and a blood up of fluid could collect in the lungs, liver, abdomen, and lower extremities. Supplemental oxygen can assist with preventing more serious issues caused by low oxygen levels, shortness of breath, and edema by improving circulation.

COPD – Chronic Obstructive Pulmonary Disease refers to a variety of lung conditions that contribute to increasing breathlessness such as emphysema, chronic bronchitis, asthma, and more that may block airflow or cause lung inflammation. Oxygen therapy delivers a supply of extra oxygen into the body so enough is absorbed by the lungs to relieve common COPD symptoms such as wheezing, coughing, chest pain, and more. 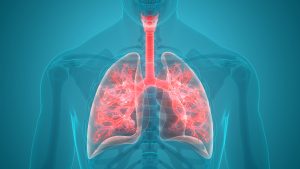 Cystic Fibrosis (CF) – is an inherited disease that can cause severe damage to the lungs, digestive system, and other organs. Cystic Fibrosis can cause persistent lung infections, which makes it difficult to breathe, and it can become increasingly strenuous to clear mucus from your airways. Oxygen therapy helps prevent hypoxemia (low oxygen blood levels).

Sleep Apnea – Sleep apnea occurs when you suddenly stop breathing during your sleep in the night. This can occur as the soft tissues of your throat collapse to block your airways or when the signals from your brain to breathe get mixed up. When you stop breathing, you may not wake up, but your body becomes stressed and your heart rate rises as it works to restore airflow. This may lead to heart disease, diabetes, fatigue, depression, and much more. By having a constant stream of oxygen to keep your airways open and deliver the air your body needs to properly function and rest.

Pulmonary Fibrosis (PF) – Is a chronic, progressive lung disease that causes the air sacs (alveoli) in the lungs to become scared and stiff, making it more difficult to breathe. Shortness of breath increases over time and it can be difficult to absorb enough oxygen for your bloodstream. Supplemental oxygen makes up for this shortage of air by sending contracted air to the lungs to elevate oxygen levels in your blood.

Emphysema – Is another chronic lung disease that occurs when the alveoli or sacs in the lungs become damaged. This is where the exchange of oxygen and carbon dioxide is supposed to take place, but once emphysema occurs, the air becomes trapped and may expand or rupture. Oxygen therapy can assist with shortness of breath and prevent hypoxemia so patients have more energy.

Chronic Bronchitis – Is a type of COPD that occurs when the inflamed bronchial tubes produce a large amount of mucus, leading to coughing, wheezing, and difficulty breathing. Oxygen can help reduce uncomfortable symptoms to make it easier to breathe and lead an active lifestyle. 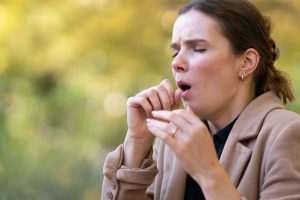 Bronchiectasis – This form of COPD occurs when the large airways in the lungs become damaged and widened. As a result, it becomes easier for mucus and bacteria to collect, causing multiple lung infections and difficulty breathing. Those with chronic bronchitis may benefit from supplemental oxygen to reduce exacerbation and prevent hypoxemia.

Pneumonia – Is an infection caused by a variety of reasons that causes the alveoli or air sacs in your lungs to become inflamed. They might also fill with phlegm or pus causing a severe cough and difficulty breathing along with a fever and chills. Oxygen therapy can relieve coughing and help patients breathe better to rest and heal.

Asthma – Is a chronic lung disease that causes the airways to become inflamed, constricted, and produce extra mucus. Asthma causes recurring episodes of wheezing, coughing, shortness of breath, and coughing that often occurs in the morning or night. Supplemental oxygen can help you breathe during periods of coughing or wheezing and hypoxemia.

Oxygen therapy refers to treatments that deliver oxygen gas to your lungs to be absorbed by your blood, and there are a few different types. 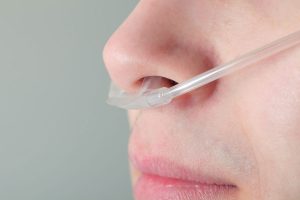 Home Oxygen Concentrator –  A home oxygen concentrator (HOC) concentrates air from the surrounding room into purified oxygen for medical use within a home setting. Instead of needing oxygen tanks they can be used anywhere. HOC devices generally plug into standard outlets and weigh between 30 to 55 pounds, providing some portability.

Portable Oxygen Concentrator – A portable oxygen concentrator (POC) is similar to a HOC, only smaller. They weight between 5 to 30 depending on how large the concentrator is. The larger the compressor, the more purified oxygen a POC can provide. These are portable machines that can be placed in a bag and used anywhere.

Compressed Oxygen – Compress oxygen is a medicinal gas that is supplied in high pressure-filled cylinders. The tanks come in varying sizes to provide portable options. They do not require a power source and tanks are often replaced on a regular basis.

Nasal Cannula – A nasal cannula or oxygen cannula is are oxygen tubes that deliver medicinal air from your oxygen device to your lungs. Cannulas have two tubes that allow air to flow directly into your nostrils. 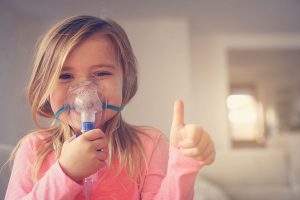 Face Mask – Oxygen masks are lightweight plastic masks that cover the mouth and nose. They attach to your oxygen device via plastic tubing and may be easier for children and infants to use.

Transtracheal Oxygen Therapy (TTOT) – TTOT is an alternative option to the nasal cannula that delivers oxygen directly to the lungs through a plastic catheter that’s inserted in the windpipe. This method can help people maintain a more active lifestyle.

There are a few other medical devices that may assist with your oxygen needs or other symptoms, such as breaking up excess mucus.

CPAP – A continuous positive air pressure device or a CPAP provides a constant stream of oxygen while you sleep to keep your airways open. They are the most effective method for sleep apnea treatment.

AffloVest – The AffloVest is an oscillating pulmonary vest that acts by targeting specific areas of the lungs to clear secretions. With conditions such as COPD or bronchitis, this vest can make it easier for the lungs to properly function. By having 8 vibrating motors, the AffloVest is able to specifically treat a variety of specific patient needs.

It would be nice if every company had a team as friendly and wanting to help people as yours!

[Your rep] is the most compassionate person I have ever worked with… I’m so thankful… she’s doing what’s important.

I really appreciate all of your assistance and prompt service. It has really been a pleasure doing business with your company.

Qualify For Medical Supplies Through Insurance!

The process is easy. Get your equipment through insurance in 3 simple steps, start by completing our quick qualification form online!

Qualify For Medical Supplies Through Insurance!

The process is easy. Get your equipment through insurance in 3 simple steps, start by completing our quick qualification form online!